Share a memory
Obituary & Services
Tribute Wall
Read more about the life story of Michael "Mike" and share your memory.

He was born September 12, 1959, in Algoma to John and Rosie (Bultman) Meyer.  Mike graduated from St. Mary Grade School and then from Algoma High School in 1978.

The majority of Mike's working career was at the Algoma Lumber Company.  Due to his health he had to retire from the company.  He was not able to find another job after that.

Mike loved his time with family and his dog Buddy.  Mike and Buddy would go on drives around the area just for fun.  He enjoyed building model trains and other things.

Family and friends are invited for the visitation at the Schinderle Funeral Home, Algoma, Wednesday, Jan. 25, 2023, from 4:00 PM until the time of services at 7:00 PM with Father Andrew Kurz officiating.  Burial will take place on Thursday at St. Mary Catholic Cemetery.

The family wants to give a special thank you to Unity Hospice and Bellin Cancer Center, especially Dr. Maria DeVilla, for all the care and kindness given to Mike and his family.

Express your sympathy, memories and pictures on Mike's tribute page at www.schinderlefuneralhome.com.

To send flowers to the family or plant a tree in memory of Michael "Mike" John Meyer, please visit our floral store. 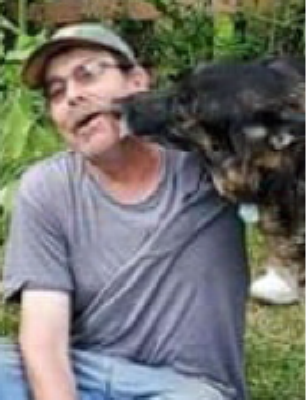