Share a memory
Obituary & Services
Tribute Wall
Read more about the life story of Dorothy and share your memory.

Dorothy A. Tashou, 90, Green Bay and formerly of Algoma, passed away Friday, Dec. 9, 2022, at the Allouez Parkside Village.

She was born March 11, 1932, in the Town of Ahnapee to Emil and Edna (Pagel) Gohr.  Dorothy graduated from the Algoma High School in 1949.  She started her working career with the Algoma Record Herald.  She then moved to Green Bay where she worked at Mary Morgan Company as an office manager.  She also worked at the University Bank in Green Bay in an administrative position for about eight years.  Then the last 20 years of her working career, before her retirement, she worked at Krueger International as an executive assistant.

Dorothy is survived by her brother Emil and two nephews Matthew (Muriel Cunningham) Gohr and Timothy Gohr and his daughter Jadyn; and sister-in-law Jean Gohr.

She was preceded in death by her parents, husband, brother James Gohr and sister-in-law Mary Ann Gohr.

The Schinderle Funeral Home, Algoma, was entrusted with the arrangements for Dorothy.  Express your sympathy, memories and pictures on Dorothy's tribute page at www.schinderlefuneralhome.com

To send flowers to the family or plant a tree in memory of Dorothy Alma (Gohr) Tashou, please visit our floral store. 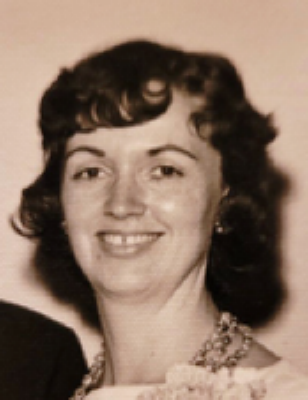