Share a memory
Obituary & Services
Tribute Wall
Read more about the life story of Alvin and share your memory.

Alvin H. Jorgensen, 87, Casco, passed away Friday, Dec. 23, 2022 at the Algoma Long Term Care Unit with his wife, Carol at his side.  He was born October, 30, 1935, in Two Creeks, WI to Lloyd and Marcella (Hanek) Jorgensen.
Alvin attended the Mishicot High School until  the end of his sophomore year.  His family moved to Rio Creek and he ended up graduating from the Casco High School in 1954.
Alvin enlisted in the US Army and served in Korea for two years and was honorable discharged in 1957.
Alvin returned back home and married his high school sweetheart, Carol Malcore, at St. Peter's Catholic Church in Lincoln on June 29, 1957.
Alvin worked at the US Plywood in Algoma for many years, while farming during all that time.
Alvin and Carol enjoyed going on bus trips to the casinos.  Alvin enjoyed going to all of his son's  tractor pulls, playing cards, going out to eat, farming with his wife and son until he retired from farming, deer hunting, golfing and his earlier years playing softball in the Cherry League in Casco and Algoma.  He played in the Little World Series in Pierre, South Dakota.
Alvin will be sadly missed by his wife Carol, of 65 years and his son Randy; three brothers, Lloyd Jorgensen Jr, Allen (Diane) Jorgensen and Sidney (Judy) Jorgensen; one sister Sandy (Glen) Gigstead; sister-in-law Betty (Jim) Jadin; many nieces and nephews.
He was preceded in death by his parents, sister Nancy (Frank) Gehrke and two brothers Harvey (LaVerne) Jorgensen and Hilbert (Rosemary) Jorgensen and sister-in-law Janice Jorgensen.
Family and friends may gather at the Schinderle Funeral Home, Algoma, on Tuesday, Dec. 27th from 4:00 PM - 8:00 PM with a prayer service at 7:30 PM.
Visitation will continue Wednesday at St. Peter's Catholic Church, Lincoln, from 9:00 AM until the Mass of Christian Burial at 11:00 AM with Rev. Edward Looney officiating   Burial in the church cemetery.
The family wants to thank the staff at the Algoma Long Term Care for all the care and kindness given to Alvin during his stay there.
Express your sympathy, memories and pictures on Alvin's tribute page at www.schinderlefuneralhome.com.

To send flowers to the family or plant a tree in memory of Alvin Henry Jorgensen, please visit our floral store. 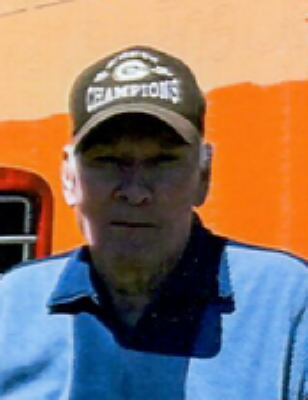